Swift Playgrounds on the iPad 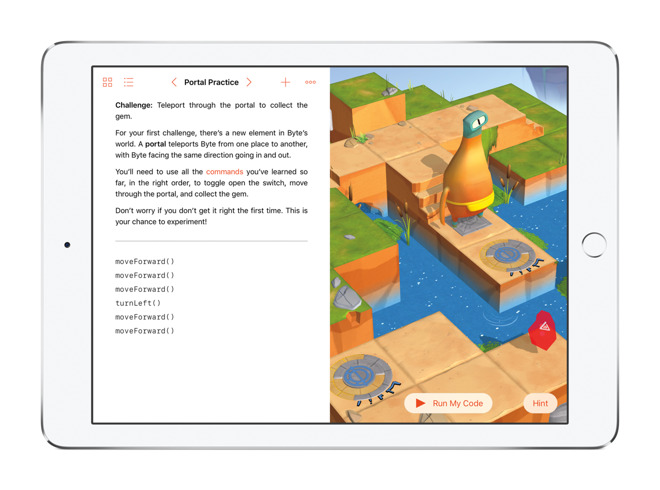 One unique feature of Swift is that it combines the features of a compiler with an interpreter. Xcode’s compiler lets you create apps you can distribute and sell while the Xcode interpreter, called a playground, lets you experiment with Swift commands to see how they work without having to create an entire project.

While American schools mostly care only about price and buy Chromebooks instead of iPads, Chinese schools care more about preparing students for the future, and that means learning programming. By supporting Simplified Chinese, Swift Playgrounds can now tackle the huge educational market in China.

Swift Playgrounds is one example of a useful app that Chromebooks can’t duplicate. Apple’s future educational plans will likely include more educational apps to entice more schools, but also include more ways for teachers to customize and track student progress.

Remember, Apple recently acquired LearnSprout, a company that was dedicated to creating tools for teachers to measure and track progress of students using Apple products such as an iPad or Macintosh. By offering software features unavailable in rival products, Apple hopes to sell more iPads to the educational market.

Most likely, price will still be the deciding factor in American schools, but Chinese schools will likely look at the long-term benefits beyond initial pricing. That means Swift Playgrounds may soon be helping Chinese students learn programming and become future Apple developers.

Meanwhile, American students will be using much cheaper Chromebooks that lack educational tools such as Swift Playgrounds.

Swift Playgrounds is just one of many Apple features that can help tip schools in favor of the iPad for classrooms. It may not overcome the lower price of Chromebooks, but it’s a step in the right direction.